The Mahoning Valley Historical Society is compiling genealogical information on the Arms Family of the Mahoning Valley to better understand the family, their connections to the valley, their impact on the region, and to interpret their home accurately.

Upon her death in 1960, Olive F. A. Arms (pictured) left to the Mahoning Valley Historical Society her home and its contents at 648 Wick Avenue, Youngstown, Ohio with the stipulation that the estate be developed as the Arms Museum, referring to her parents Charles Dayton Arms and his wife Hannah Maria, nee: Wick.

Olive Freeman Arms married a cousin, Wilford Paddock Arms. This unknown relationship between Olive and Wilford began our search for their roots, in an effort to understand them, their families, and to determine exactly how closely they were related. Our research uncovered the fact that Olive’s great grandfather Daniel Arms was also Wilford’s grandfather, making the pair half first cousins once removed, legally and genetically distant cousins. Daniel Arms had married twice. Olive is descended through Daniel and his first wife Luany through their son Israel. Wilford is descended through Daniel and his second wife Nancy through their son Lawson, Wilford’s father.

The Arms family originated in the New England states, most notably near Deerfield, MA. Daniel and his family moved to the frontier of western New York near Sodus, Wayne County, New York, being among that area’s first pioneer families. Israel’s widow Sarah and their children made the move to the Mahoning Valley where they rapidly became involved in commerce, industrial pursuits, and community life. The Arms family is connected to the Wick, Baldwin, Booth, and Bonnell families, to name a few. Wick Avenue bears its name because of Hannah Maria Wick, wife of Charles Dayton Arms, her father Caleb Baldwin Wick, and members of the Wick Family owning property in this vicinity.

MVHS has created a PDF file of the Genealogy of the Arms and Related Families. This Adobe readable file is available in the archival library. In addition to genealogical information, the file also contains tidbits and background for many of the Valley’s “movers and shakers.” The genealogical report is indexed and accompanied by pedigree charts for a number of the primarily lineages, appearing as an appendix to the main document.

Recently Richard Clarke of Connecticut contacted us asking if the Arms Family Museum had any connection to the Arms of Conway, Franklin County, Massachusetts. Mr. Clarke has been involved in compiling information about New Milford, CT families, many of which also have connections to the Mahoning Valley: Canfield, Boardman, Baldwin, Mygatt, Hine, Treat, Bostwick. Our answer was a resounding yes. The Arms family is connected to Conway through Daniel’s son Israel, born there prior to moving to New York. Mr. Clarke has provided copies of his research to MVHS, available for research at our archival library. Copies of his research are also available for purchase through Mr. Clarke.

Contact information may be obtained from MVHS at 330-743-2589 or via e-mail at archives@mahoninghistory.org.
Posted by Leann Rich at 2:10 PM

There is only one Arms person in the entire world who is extremely famous, and it is none other than Russell Arms!

Who the heck is Russell Arms?

Who would I find out about My Arms Family My Gran Father is An Arms, And obiously Someone has never met all the
Arms Family Yet. 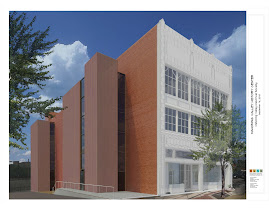